2, 2 and 2: Angela Savage talks about Mother of Pearl 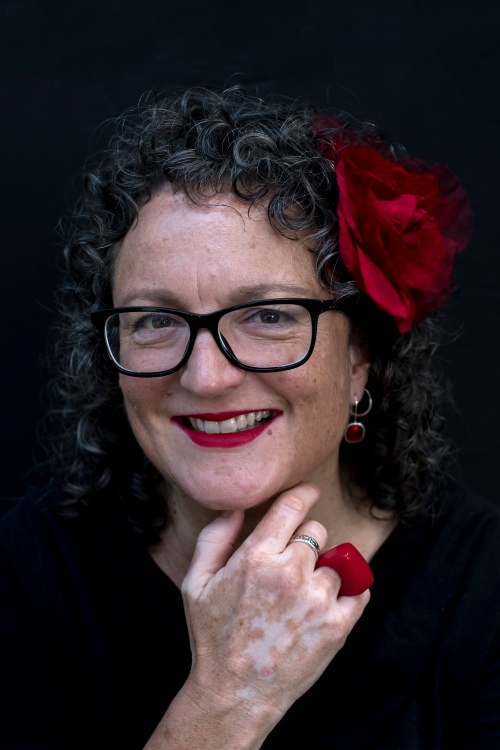 As a writer who has made a recent foray across genres myself, I’m fascinated with cross-genre leaps by other writers. And so I’m thrilled to be featuring award-winning Melbourne writer Angela Savage, who, after three successful crime novels, has turned to literary fiction (she has written a post on ‘Switching genres’ here, if you’re interested to know why.) Angela is a fabulous writer—I’m a fan of her Jayne Keeney PI series—and I’m sure we’re in for something special with this new release, Mother of Pearl.

Angela’s debut novel, Behind the Night Bazaar, won the Victorian Premier’s Literary Award for an unpublished manuscript, and all three of her crime novels were shortlisted for Ned Kelly Awards. The Dying Beach was also shortlisted for the Davitt Award. Angela has lived and travelled extensively in Asia, and has taught writing throughout Australia and overseas. She is currently Director of Writers Victoria.

Here is the blurb for Mother of Pearl…

A luminous and courageous story about the hopes and dreams we all have for our lives and relationships, and the often fraught and unexpected ways they may be realised.

Angela Savage draws us masterfully into the lives of Anna, an aid worker trying to settle back into life in Australia after more than a decade in Southeast Asia; Meg, Anna’s sister, who holds out hope for a child despite seven fruitless years of IVF; Meg’s husband Nate, and Mukda, a single mother in provincial Thailand who wants to do the right thing by her son and parents.

The women and their families’ lives become intimately intertwined in the unsettling and extraordinary process of trying to bring a child into the world across borders of class, culture and nationality. Rich in characterisation and feeling, Mother of Pearl and the timely issues it raises will generate discussion among readers everywhere.

‘This is a story of family and motherhood, and also a story of culture and exploitation that asks us to think through the costs of our insatiable desire in the West to have everything. What I find remarkable about this novel is how it refuses easy and lazy judgement, how it takes seriously questions of loss, longing, and our human need to connect with each other.’—Christos Tsiolkas, author of The Slap

2 things that inspired Mother of Pearl

The idea for Mother of Pearl was sparked by a 2013 newspaper article noting a ‘sharp rise’ in citizenship requests for Australian children born in Thailand, and attributing this to Australians flocking overseas ‘to find birth mothers for their children’—in other words, hiring Thai women to be surrogate mothers for them.

I’d always be curious about surrogacy. I’d read Margaret Atwood’s The Handmaid’s Tale when it was first published in 1985. And I’d followed with great interest the story of ‘Baby Alice’, who was conceived from her mother Maggie Kirkman’s egg, fertilised with donor sperm, and gestated by her aunt Linda in what was one of the world’s first cases of IVF surrogacy, back in 1988 (the sisters wrote about it in My Sister’s Child). I can still remember a striking front page photo in The Age of Maggie breastfeeding her newborn through tubes of donated breast milk taped to her body.

Coupled with my curiosity about surrogacy is a long-standing interest in Australia’s relationship with Asia, particularly Thailand. I wasn’t surprised by the lengths that people would go to in order to have a child, having personally experienced a powerful urge to be a parent and the grief of failed pregnancies. But I did wonder how ‘intended parents’ from Australia arrived at a course of action as precarious as paying a Thai woman to have a baby for them. Why Thailand? I wondered, too, what lay behind a Thai woman’s decision to gestate a baby for a foreigner: whether it was just about the money or if there were other cultural considerations at play—Buddhist ideas about making merit, for example. Was commercial surrogacy even legal in Thailand, or was this an example of the kind of unregulated ‘grey area’ the country is famous for?

The more I reflected on the political, ethical, cultural and emotional aspects of overseas surrogacy between Australia and Thailand, the stronger the appeal of the topic became for me as a writer. With this idea in mind, I enrolled in a PhD in Creative Writing. But I didn’t want to write a diatribe. Taking inspiration from Salman Rushdie in his Paris Review interview, ‘I wanted to make sure in this book that the story was personal, not political. I wanted people to read it and form intimate, novelistic attachments to the characters.’ As the characters of Anna, Meg and Mukda emerged, I started writing the story that became Mother of Pearl.

A second source of inspiration, which finds an echo in the novel’s title, was the memory of something a friend said years ago about a pearl being the perfect metaphor for a baby: an irritant when inside of you that emerges as a thing of beauty. Later I saw an exhibition called Lustre: Pearling & Australia when it visited Melbourne from the Western Australian Museum, where I was struck by this quote from Marilynne Paspaley: ‘The pearl is the only gem that is made by a living creature…it represents life, as every other gem is made by the passing of time and decay.’ Pearls, both literal and metaphorical, ended up permeating the novel.

2 places connected with Mother of Pearl

Mother of Pearl is set in two cities I love, Melbourne and Bangkok.

Melbourne, on the traditional land of the Wurundjeri people, is my hometown. In Mother of Pearl, I explore inner suburban Melbourne: its cosmopolitanism, its extreme weather, the unexpected birdlife in its parks—a city where, as Meg notes, ‘even the built-up spaces…seemed to pulsate with life’, even though the story is set during Melbourne’s worst drought on record. At one point, Meg stares through the window of her studio, ‘where a dead silver birch cast a bony shadow on what remained of the lawn’. Her reflection that ‘only the native plants could withstand the drought’ echoes the anxiety she feels about using eggs from a Thai donor as part of the surrogacy process.

Although my three previous novels are set in Thailand, Bangkok features as a significant setting for the first time in Mother of Pearl, and I strived to portray this richly complex city in nuanced ways. Bangkok as seen through the eyes of Anna, who is besotted by the city, is endlessly fascinating, friendly and playful. For Meg, who is well outside her comfort zone in every sense, Bangkok is suffocating, its streets rife with potential hazards and humiliations. For Mukda, who comes from Thailand’s rural northeast, Bangkok is confounding and lonely.

I was also conscious of writing about a city that is constantly changing. Although the story is set as recently as 2009, many of the places I write about no longer exist. Mother of Pearl is thus, in part, a love letter to the Bangkok of my memories.

One of my favourite aspects of writing is fieldwork, and not just because it means spending more time in Thailand. When I conduct fieldwork, I’m in a heightened state of noticing, attuned to the sights, smells, sounds, tastes and textures around me. I take notes, using a technique suggested by David Almond in his essay ‘Exploring home’: ‘Don’t separate observation, speculation and memory. Record them on the same pages. Allow them to stimulate each other, to interfere with each other.’ I take photos, too, blogging my images and observations at the end of each day so I can refer to them later.

One benefit of being ‘on location’ is that the landscape is replete with the kind of ‘show, don’t tell’ moments that can be so hard to craft at the desk back home. For example, in Mother of Pearl, instead of lengthy exposition about how revered Buddhist monks are in Thailand, I simply describe the priority seating signs on the Skytrain that say, ‘Please offer this seat to monks’.

Best of all are the unplanned pit stops, the scenic detours, the happy accidents that deliver settings or scenes irresistible to a writer.

For example, there’s a scene in Mother of Pearl where Anna takes Meg to visit Bangkok’s famous Jim Thompson House museum. While they wait to join their tour, they explore the tropical garden surrounding the house and stumble across a couple of security guards who are using a fish in a large ceramic pot to select lottery numbers for them. The young men have written the numbers one to nine on white flower buds, which they float on the water. When the fish swims to the surface and tries to swallow one of the buds, the men make a note of the number. As Anna and Meg watch, the fish chooses the numbers two and three, twice. The incident prompts Meg to reflect on luck and gambling in the context of her IVF experience.

This vignette is drawn directly from life. My daughter and I came across the guards and their prognosticating fish when we visited Jim Thompson House in December 2015, and I knew I just had to find a place for this chance encounter in my novel.

A second favourite element of the writing process is the magic that can happen. Nigel Featherstone wrote about this in a previous 2, 2 and 2 post with regard to the image of a pelican in his work (coincidentally, the same image he describes of the pelican feeding her young from her bleeding breast appears in Mother of Pearl). In my case, I had chosen the name Mukda (pronounced mook-dah) for the main Thai character, knowing her name meant mother-of-pearl. What I didn’t realise until much later was that the name Meg, which I’d chosen for one of the Australian sisters, also means pearl—a coincidence that has significant resonance in the novel.

Mother of Pearl is released on 1 August
Find out more at Transit Lounge
Read a review by Lisa Hill, ANZ LitLovers
Follow Angela via her blog and on Twitter @angsavage

Tagged as 2 2 and 2, Angela Savage, Mother of Pearl, Transit Lounge