UWA Publishing is releasing a new edition of Elemental for the Australia/New Zealand territory, and I couldn’t be happier with the result. It’s a new size and a new price—with a new cover, too. I confess I will miss the original image of my wee reid-heid, with her arresting stare, but I love this new, atmospheric vision for the novel… 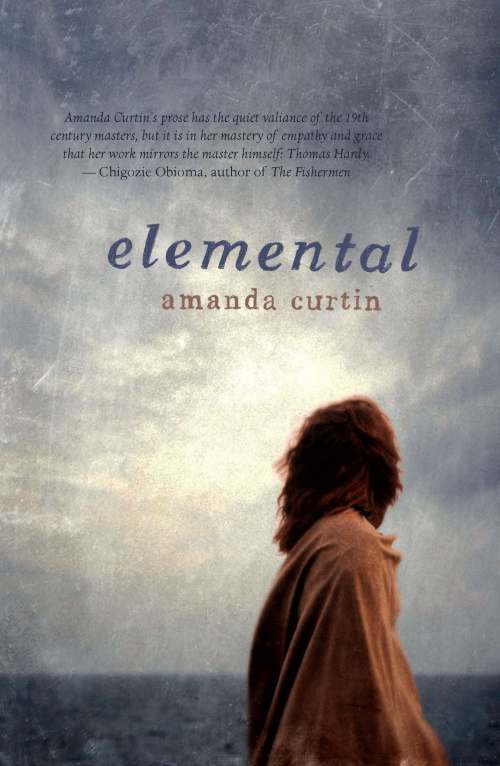 I’m told the new edition will be in stores on 1 December but is available for ordering via the UWA Publishing website next week.

An invitation to writers…

As many of you will already know, UWA Publishing recently announced the establishment of the Dorothy Hewett Award for an Unpublished Manuscript. The award, supported by the Copyright Agency’s Cultural Fund and 720 ABC Perth, offers a cash prize of $10,000 and a publishing contract with UWA Publishing. It’s open to established and emerging writers whose manuscript has a connection to Western Australia (landscape, people, history, residence/birth of the author). Submissions are open now and close on 4 September 2015.

To celebrate the inauguration of the award, UWA Publishing and 720 ABC Perth are hosting a Writers Forum on 13 August, 5.45 for a 6pm start, at the ABC Studios at 30 Fielder Street, East Perth. The forum will give writers the opportunity to gain greater insight into literary awards, the publishing process, and the Western Australian writing scene in general. Bookings are essential.

The panel will consist of Afternoons presenter Gillian O’Shaughnessy, UWA Publishing Director Terri-ann White, and me.

UWA Publishing will be live tweeting from the event, so if you’re not based in WA or can’t attend, tweet them in advance with any questions you’d like to ask—make sure you use the tag @uwapublishing.

This new award honours the life and spectacular career of the late Dorothy Hewett, one of Western Australia’s most prolific writers and best-known radical thinkers. To quote from UWA Publishing’s website:

Hewett (1923–2002) is considered one of Australia’s leading writers whose work captures and disrupts ideas of normalcy in twentieth-century Australian culture. As a staunch feminist and, for a long time, communist, Hewett gave voice to the marginalised. In 1986 Dorothy Hewett was made a Member of the Order of Australia (AM) for her services to literature. It is important to note that Hewett won the Western Australian Premier’s Poetry Award in 1994 and 1995 for her collections Peninsula and Collected Poems: 1940–1995.

I hope to see you there! 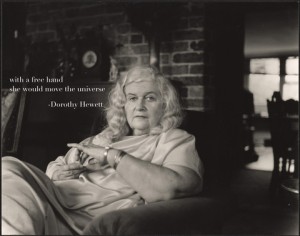 Three pearls, a squirrel and a couple of jam biscuits

If you’re looking at the heading of this post and wondering what the heck, these things have a place in a new story of mine that has just been published in Review of Australian Fiction. 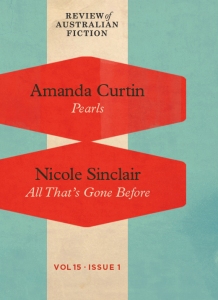 RAF is a fabulous online publication dedicated to short works of fiction. It publishes two stories every two weeks, delivered in mobi (for Kindle) or ePub (for iPhone/iPad, Kobo, Nook, Readmill) format, and each issue pairs an established writer with an emerging writer.

The six-issue volume that has just begun is a special one featuring Western Australian writers—an innovative and generous gesture of support by the editors following the announcement a few months ago that funding for the Western Australian Premier’s Book Awards would, in effect, be halved. Commissioning editor for the volume is Laurie Steed, whose own stories have been widely published in literary journals and anthologies; his is one of the first names that would come to mind if I were asked to name notable contemporary Australian short story writers.

The first issue, just out, features my story alongside Nicole Sinclair’s ‘All That’s Gone Before’, set in Papua New Guinea and vibrant with ‘brightly torn strips of fabric’, the juice of betelnut and the sound of voices in Pidgin, as young Australian teacher Beth takes up her new job at Saint Mary’s Catholic School.

I’m delighted to be sharing the issue with Nicole, an emerging writer based in Western Australia’s South West whose unpublished novel was recently shortlisted for the 2015 T.A.G. Hungerford Award. I first met Nicole when she interviewed me at the Margaret River Readers and Writers Festival in 2012, but I knew of her writing before then through having judged the Down South Writers Competition the year before and awarding her outstanding story first prize.

And so back to my story in RAF… It’s called ‘Pearls’ and its cast of characters includes a little girl called Ursula, a 1970s wannabe-rock-star called Bean, and a nightmare grandmother who is the antithesis of Elemental’s Grunnie Meggie. Here is Granny’s opening line:

We belong together, you know, she says, here in this house. Your mother, me you—all knotted onto the same silken thread. Three pearls.

Individual issues of RAF are $2.99. A subscription for six issues is $12.99—per issue, less than half the cost of a cup of Perth coffee. In other words, it’s pretty good value! 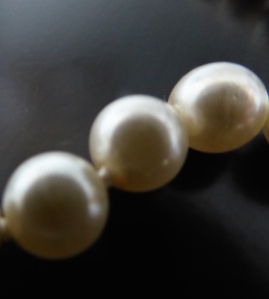 One celebration and two king hits

During the last two weeks, there have been highs and lows for readers and writers in Western Australia and beyond. We delighted in the offerings of the Perth Writers Festival, reported by many (including The West Australian) as one of the most successful in recent years. But we have been dismayed by two major blows—one by the government sector and one by the corporate.

The Western Australian State Government announced that the WA Premier’s Book Awards, open to books published nationally in the previous year, will now be held biennially instead of annually, with the next awards to be announced in  2016 for books published in 2014 and 2015. As a shortlisted author in 2014 for my novel Elemental (Fiction and People’s Choice categories), I can attest to the enormous value of such recognition, not only in publicity and sales but in validation and encouragement. Stretching the awards over a period of two years will dilute the impact of a shortlisting, especially for those titles published in a ‘between’ year, as timeliness is an issue in an industry where books often have a scandalously short shelf life.

Much has been said, and rightly so, about the effective halving of the financial recognition of writers through making the awards biennial—presumably for budgetary reasons (a saving of $65,000), although the Premier has declined to comment on this. But equally alarming is the halving of the number of books—across many genres—that will be recognised and promoted through shortlistings, let alone awards, over that time. And overarching all these considerations is the negative message that the decision sends about the value of the literary arts to the vibrancy of life in our community.

Here are a few of the many comments from those in the industry who have spoken up in the print media recently:

While this will hurt writers, publishers, booksellers and readers, the saving is a pittance in the scheme of things.—Kim Scott, writer, The Australian

WA is still an affluent state. Reducing these awards by half is cruel to the writers who spend years completing books that should last for decades.—Terri-ann White, publisher, The Australian

The financial cost to the state of running the awards is minimal, more so in the context of their importance to local writers, booksellers, librarians and readers. Frankly, this is embarrassing.—David Whish-Wilson, writer, The Australian

It’s a tremendously disappointing decision. I would have thought the magnificent effect of The Giants on the community was enough to convince any government that spending money on the arts isn’t wasted. In this so-called backwards Wild West, we are among the greatest readers and love to buy books.—Diana Warnock, arts patron, The West Australian

It was a surprise decision and we have a lot of concerns.—Sharon Flindell, CEO, writingWA, The West Australian

[The decision] has major ramifications across the industry and reflects very poorly on the government’s support for the writing sector.—Delys Bird, UWA academic, 2014 awards judge, Western Suburbs Weekly

These awards have long drawn a spotlight on WA’s talent and have inspired new and established writers.—Jane Fraser, publisher, Western Suburbs Weekly

The impact of a prize-winning book and the profile it brings is much greater than a football match, I would say.—Michael Campbell, 2014 awards judge, Sydney Morning Herald

This kind of recognition is so important to an individual writer’s career.—Amanda Curtin, The West Australian

Perth writer and bookseller Emily Paull has initiated a petition calling on Premier Colin Barnett to stop cuts to the awards. If you feel strongly about the issue, please consider signing.

The second recent blow to writers and readers—this one from the corporate sector—has slipped by almost unnoticed; however, its potential effect is just as damaging to writers, publishers, booksellers and readers. A paragraph in the current writingWA e-newsletter states:

writingWA was dismayed to learn earlier this week that a decision has been taken to reduce the space available for books coverage in Tuesday’s edition of The West Australian by 50%. The reliable—and highly valued—double page spread will now be limited to a single page and occasional sporadic coverage on other days.

Over the past few years, the coverage of literature in the pages of The West Australian has gone from strength to strength under the enthusiastic and visionary direction of Books Editor William Yeoman. The sudden contraction of the newspaper’s commitment is devastating news. If you are concerned, please consider contacting The West Australian directly to express your views.

*Here are two more posts on the changes to the WA Premier’s Book Awards: one from Louise Allan and one from Emily Paull. 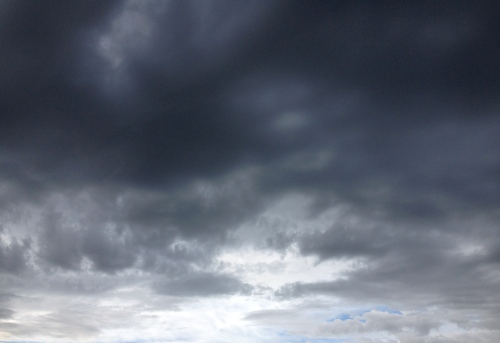