2, 2 and 2: Richard Rossiter talks about Refuge 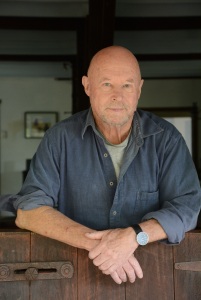 Richard Rossiter is a highly respected and much loved member of the Western Australian writing and publishing community—writer, editor, mentor and occasional judge of literary awards (including the T.A.G. Hungerford Award and the WA Premier’s Book Awards). He has been the fiction editor for Westerly and Indigo, has supervised many postgraduate creative writing students, and is an editorial board member with Margaret River Press and an Honorary Associate Professor at Edith Cowan University.

Richard was the academic supervisor of my Honours and PhD theses—and without his encouragement, they might never have happened. He continues to be a trusted and generous mentor and friend.

His new release, Refuge, follows on from his acclaimed novella Thicker Than Water (2014) and short story collection Arrhythmia (2009). Refuge has just been launched in Margaret River, and I’m thrilled to have been given the honour of launching it in Perth on 24 July.

Here is the blurb…

Quentin ‘Tinny’ Thompson and his German neighbour, Greta, have at least one thing in common.  In their tin sheds close to the coast, they are attempting to live out of the firing line of modern society. Tinny’s sons are growing up and one of them, Rock, wants to head to the city and live with his mother, who is sometimes Prue and sometimes Peaches.  Greta’s dream of life in Australia began with a school project on the explorer Ludwig Leichhardt. Heedless of his fate, she decides to follow in his footsteps. However, isolation does not guarantee safety. Violence—so visible in a disintegrating Europe—is not contained. It arrives at her shed in the bush in the figure of the disturbed Clive.

Lives do not remain static, even for those who resist change.

Refuge is a tender exploration of love and friendship, families, race relations, the consolations of the natural world and, above all, what it means to belong. 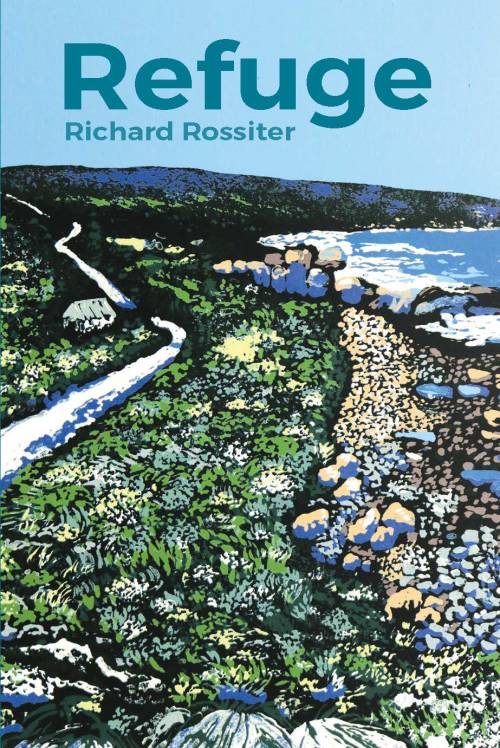 2 inspirations for the book

1 Place is integral to this novel. Here it is informed by many years of roaming a narrow strip of coast accessed along Juniper Road in the south-west of Western Australia. The cover image (by Caroline Juniper) is indicative of the mix of coastal vegetation, granite rocks, reef and ocean typical of this part of the world. The view south leads to Gracetown, Cowaramup Bay.

2 The story is driven (I suppose) by my own ambivalence about either engaging with a world that seems increasingly unstable at all levels—socially, politically, environmentally—or attempting to withdraw from it and live in a more self-contained manner, where the land itself is your nearest neighbour.

1 As suggested above, the story is anchored in a particular south-west location. For me it represents more general characteristics of the natural world: contrary strains of mutability and constancy, flux and permanence, chaos and the ‘still point of the turning world’, to quote Eliot. Survival against the odds. ‘At the still point, there the dance is’ (Eliot).

2 Harder to name, there is also a psychological space, no doubt evolved from life experiences of serious surgery that compel acknowledgement of your own mortality. Time’s winged chariot is a powerful motivator to bring on the philosophic years, to force into the open the big questions concerning our existence.

1 After Tinny returns from hospital, he no longer has a secure sense of self; he is no longer clear about the boundaries—social and physical—that define him. In the passage below, he is walking towards the coast in the late morning.

He came to the top of a small rise and innthe distance could see the ocean, mad with whitecaps. He moved slowly, stretching out his arms like the wings of a bird, and then his legs in giant strides. His long hair flicked into his eyes and he moved his head so it blew backwards. He could feel it streaming behind him. Then he bent low to the wind and started to run down the slope: at any moment he could take off and fly over the treetops to the sea. His eyes watered in the wind, he spun around and around, his arms the limbs of a tree, his bare feet digging into the soft, damp sand; he swayed with the gusts, his thoughts deserted him; the leaves of the marri brushed his face and he could feel the coarsening bark of his skin, the red blood sap moving through him. He stretched out, shooting upwards with purple tips of the new leaves, his trunk thickening, feet rooting below the ground, around rocks, through sticky clay and into the stream below.

2 I was first introduced to the work of Gerard Manley Hopkins as a school student. These lines from ‘Heaven–Haven’ (subtitled ‘A nun takes the veil’) have remained with me all my adult life. At various points in the development of the novel, it was titled ‘Where no storms come’ and ‘The swing of the sea’.

And I have asked to be
Where no storms come,
Where the green swell is in the havens dumb,
And out of the swing of the sea.

6 responses to “2, 2 and 2: Richard Rossiter talks about Refuge”