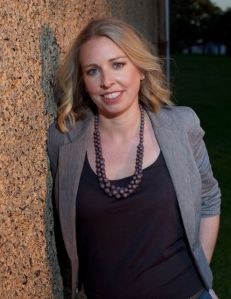 It’s a pleasure to welcome Hannah Richell, author of Secrets of the Tides and the recently released The Shadow Year, as our guest in this month’s Writers Ask Writers series. Great to have you with us, Hannah!

Our question is: What are the books that have changed your life? I’ve really had to think about this because I suspect every book you read changes your life, in the same way that every day you live changes your life—imperceptibly, infinitesimally, incrementally. But with some books—as with some days—the impact is more profound, although it might only be with hindsight that you realise this.

It’s large, this latter category, so I’ve limited myself to an eclectic group of four—two that helped confirm me as a lifelong reader and two that, in surprising ways (considering they are non-fiction), affected the kind of writer I would become:

Exotic? Well, to a schoolgirl in Western Australia, the world of boarding schools was exotic. And this world was unfolded, year by year, in Enid Blyton’s Malory Towers and St Clare’s series in which girls played mystifying games like lacrosse and had midnight feasts and learned French (there was always a Mam’zelle), and there had to be something almost mystically wise, inviolably good, about the individual destined to scale the heights to become Head Girl. This was my first experience of narrative compulsion—I was avid for the next book, and the next, to find out what would happen to characters whose lives I had become invested in. Imagine it: a series set in a school with a set of characters who grow with each book; a school peopled with quirky teachers and a saintly but twinkly eyed, much revered headmistress; boarders of all kinds with faults to overcome and talents to develop; a place where lifelong friendships are formed; where games are played and lessons learned. Sounding familiar? I’ve always thought the Harry Potter series owes a debt to these early models.

Louisa May Alcott’s Civil War era story of Meg, Jo, Beth and Amy is the first book I loved so much that I re-read it until the pages wore away. I responded to its story of love, family, friendship; its internal storytelling (there’s so much reading or acting out or writing of stories); its coming-of-age struggles; its grave, moving handling of death; its gentle humour and honouring of the joy to be found in ordinary things. The writer character, Jo, probably inspired generations of girls to write, but I always found Amy more interesting—Amy the artist, flawed, honest, kind, much maligned as trivial and shallow (I always knew she was anything but).

A high school textbook? On science? Those who know me might find this hard to credit, but I loved this book because (although I couldn’t have articulated this back in high school) it was my introduction to ideas about the environment, the body, genetics, evolution—ideas that continue to interest me and find their way into my writing. I also hated this book because I had to read it, and learn it, and regurgitate it for examiners; I can still recite kingdom–phylum–class–order–family–genus–species (the order of biological classification) in the same way that I can recite aus–bei–mit–von–nach–zu–gegenüber–ausser–seit–entgegen (German prepositions that take the dative case).

I’m so glad that love trumped hate and I kept this well-worn, much annotated, falling-to-bits copy. And the last time I opened it I found a few brittle flowers pressed between the pages.

Tom Stannage’s social history of my own city—personally significant also because it was my first paid proofreading assignment—introduced me to a new kind of writing about the past, anchored not in dates and figures but in people’s lives. And not royalty or statesmen or founding fathers, not just those elevated by wealth or political prominence, by race or gender or class—but convicts and servants, women from all walks of life, Aboriginal people, children and the elderly, dissidents and artists, criminals and drunkards.  In 1979, the year of the state’s sequi-centenary, this book was a revelation. I’ve returned to it many times in the course of research, and this piece by S. A. Jones suggests its influence on me as a writer.

I could equally have included—for different reasons—Gone With the Wind by Margaret Mitchell, Catcher in the Rye by J. D. Salinger, the entire Agatha Christie catalogue, My Place by Sally Morgan, Tirra Lirra by the River by Jessica Anderson, everything Gail Jones has written …

What are the books that have changed your life? It’s interesting to see the diversity of titles, plus a couple of shared favourites, among the Writers Ask Writers group.

Hannah Richell: Inside were the Greek Myths, stories of brutal gods and powerful goddesses, fallible mortals and amazing, mystical creatures. They were fairy tales on steroids, filled with the sort of racy content that boggled my young brain and left a lasting impression.—Read more here

Dawn Barker: [We Need to Talk about Kevin] was the book that has had the biggest influence on my own writing career, because this is the book that made me realise that I could write Fractured … as soon as I started reading it, I had a physical reaction: my heart sped up, my skin tingled.—Read more here

Emma Chapman: I just couldn’t get enough of [The Magic Faraway Tree]: the endless possibilities of the worlds at the top of the tree, the whimsical characters. It’s the first time I remember getting lost in a book.—Read more here

Sara Foster: [In The Elephant Whisperer] I got so much from Lawrence Anthony’s balanced reflections on what it is possible for humans to achieve, how we can know so much yet understand so little, and how our blind spots are failing us.—Read more here

Natasha Lester: [Little Women] inspired me so much that it kickstarted the idea for the book I’m currently working on and I was very lucky to visit Louisa May Alcott’s home in Concord just last week.—Read more here

Annabel Smith: I read Don DeLillo’s White Noise in my second year of university, aged twenty or so. It was the first time I had encountered what appeared on the surface to be a book about nothing—the minutiae of one somewhat dysfunctional family’s life—but turned out to be a book about EVERYTHING.—Read more here 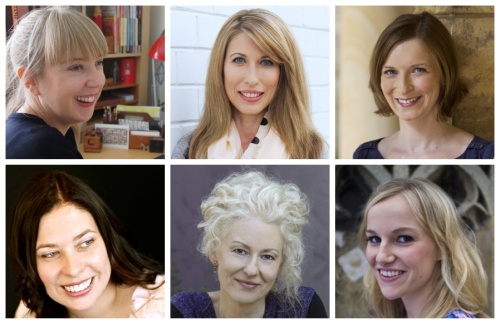 17 responses to “Writers ask writers: books that changed my life”