2, 2 and 2: Laurie Steed talks about You Belong Here 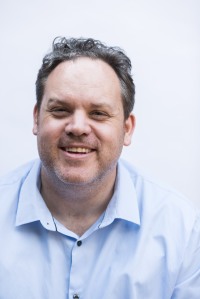 Laurie Steed is a Western Australian writer I have long admired for his excellent short fiction, so it was exciting to hear that a book was on its way—and surprising to hear that it was a novel. I had the pleasure of listening to him read at his first session at Perth Festival Writers Week last weekend, and it was a huge success. The novel sold out before I could buy a copy, but I will be getting myself to a bookshop this week!

Here’s a little about Laurie:

Laurie Steed’s fiction has been broadcast on BBC Radio 4 and has appeared in Best Australian Stories, Award Winning Australian Writing, The Age, Meanjin, Westerly, Island and elsewhere. He is a recipient of fellowships from the University of Iowa, the Baltic Writing Residency, the Elizabeth Kostova Foundation, the Katharine Susannah Prichard Foundation and the Fellowship of Australian Writers (WA). He lives in Perth, Western Australia, with his wife and two young sons.

And the blurb for You Belong Here:

Jen and Steven meet at sixteen and marry at eighteen. Soon they’re the parents of three young children.

Initially, the kids keep them together until love turns to lies and the family implodes. As they become adults, each child faces love and loss in the shadow of their family legacy.

You Belong Here is a book about trust and connection. About what keeps us going in spite of ourselves.

About a place where we belong.

And here’s Laurie to tell us more…

Two things that inspired my book

In 2009, I began a short story called ‘The Doppler Effect’, about a boy and his Mum in a park, an astronaut in space, and an overworked NASA employee called Jason. As the story progresses, we discover that (of course) the boy from the park is the astronaut and that Jason is the boy’s father. That the boy travelled continents to reunite with his father, and that, more poignantly, the last voice he’ll hear, while in space, will be his father’s.

I became obsessed with the astronaut—how the boy would both want closeness with his parents, and yet simultaneously need such distance. The idea of the Doppler effect then kicked in, but extrapolated to emotions, as opposed to the distortion one finds in, say, an ambulance siren as it comes near one’s vicinity.

While the story never fully clicked, the idea was immovable: how some families crave intimacy but instead create distance; how one can love and hurt at the same time; and particularly, how, in the face of trauma, intimacy breeds intensity, and so a person might seek numbness over closeness, fear over love.

2 A life of stories

My family is born of stories, tales and anecdotes.

It started when, as children, we made audio plays such as the inimitable Night of the Carnivore and Maniacal Murder, a radio adaptation of an earlier crime chapbook written by my brother James, at age seven. James had, in fact, already written five of these, known loosely as the Victor Drago books.

At the same time, my other brother, Shane, would send me to sleep with stories of Granny and Rangi, two everyday superheroes who fought bullies and righted the wrongs of an unjust society. My mother and sister, meanwhile, were busy acting in the local production of Annie. Even my father, Dr Duncan Steed, had gifted us his father’s cabinet of medical slides for microscopic narratives, a virus, clot or abnormality given stories, songs, in which to grow and develop.

Soon after we moved to Perth, my mother joined Playback, a theatre group where audience members told their stories, and then had actors play it back to them. I acted too, mostly in high school, and indeed my rendition of Carrickfergus from Louis Nowra’s Summer of the Aliens has been known to make dogs cry.

Given such a pedigree, it was not so much a matter of if I’d tell my stories but when, and how. My family had forever been weaving tales; once the dust settled, with horror metal, blues, poetry and graffiti all conquered by the family Steed, I took my turn at the helm with words. They are, to be blunt, the only things that have ever made sense to me.

Two places connected with my book

So much happened there in my childhood and adolescence, little of which is captured in You Belong Here. Amy Stark dropped the ball in year seven pass ball (it could have happened to anyone); a boy stormed across the middle of Hamer to take on his little brother’s bully, and promptly had his arse handed to him; and, in one particularly memorable exchange, a guy we called ‘Blue Glasses’ (he wore blue glasses) mused that if our principal were to confront him, and tell him to stop smoking, he’d simply blow smoke back in his face and say, ‘Hi, Mr Torr.’

Not exactly Oscar Wilde, but then Blue Glasses was always his own man.

In the book, as in life, Hamer Park is not good or bad, but a place to make memories, both home and not, all at once.

The Gap is a rock formation fifteen-minutes-drive out of Albany, on the southern tip of Western Australia. It’s known for its sedimentary strata, part of which form a natural bridge, and for a stunning twenty-five metre drop from its highest point down to the frothing, foaming ocean. It’s a popular tourist destination for many, and yet to me, it’s also a full-on space, with cold, whip-like winds, and the exhilarating/terrifying experience of looking down into enraged, tumultuous water.

In relation to You Belong Here, it seemed a fine place for Alex to escape; it’s cold, isolated, and away from mobile reception. And yet, even in such surroundings, and despite his hurt, he’s inclined to reach out. It’s here he meets Dex (short for Dexter), a surly teen with his own reasons for revisiting the rocks, as he does every year.

Dex matters to the narrative fabric like The Gap matters, as both are wake-up calls; reminders of choice and of consequence. The Gap is a tourist spot, but not one you’re likely to revisit by choice. It’s a place you go, to feel the weight and then leave. Or, as Dex puts it, there’s ‘only so many times you can come’.

Two favourite aspects of the book

1 What do you mean by that?

One of my favourite aspects of You Belong Here, and one that only really took flight once I started the editing process with Kate O’Donnell, was a willingness to call bullshit on ignorance, gender or cultural bias within the characters. Towards the end of ‘Half-life’, Jay and Emily originally talked mostly about him. Emily was insignificant. Rather than making it about her insignificance, though, we chose to call it out, and it reads better for it:

‘You enjoying the course?’ said Jay.

‘There are lots of girls,’ said Emily. ‘It’s not the girls or the boys. It’s just lonely.’

There’s another exchange in ‘Give or Take’ that I’m particularly fond of but won’t get into here. I guess I’m enamoured by this aspect of the book because we never really say what we think, or we do, but it’s embedded, and so there’s joy in teasing that out, in casting a light, and showing blind spots, if and when they occur.

2 Sincerity, nostalgia, and a willingness to be tragically unhip

In characters like Jay, I found the chance to embrace my inner dork, who’s unaware of how incredibly cool the world would become. How trends would signify not popularity but a dogged desire to be both individual and incredibly predictable at the same time.

Of his literary landscape at the time, David Foster Wallace wrote: ‘Postmodern irony and cynicism have become an end in itself, a measure of hip sophistication and literary savvy. Few artists dare to try to talk about ways of working toward redeeming what’s wrong, because they’ll look sentimental and naive to all the weary ironists. Irony’s gone from liberating to enslaving.’

I’m with Dave, I think, in that irony has a point—to ridicule absurd traditions or preconceived notions, and to debunk society’s illusions—but what then must we do? Be insightful but sad? Be willing to mock beliefs but never have the courage to believe?

For me, beliefs, and particularly beliefs based on love, compassion and adoration, are joyous things. Some would argue that much traditional religion does this, but to me, one’s beliefs are compromised once too strongly governed by outside influence.

It’s probably naïve and perhaps a bit dorky to say so, but I think love as a concept is incredibly liberating. That it’s exquisite to shout clearly and confidently, ‘I love this.’ That there’s freedom in holding the entirety of the past, good, bad, trivial and significant in your hand, and saying, ‘This matters to me, and maybe this matters to you too.’