It’s a pleasure to welcome the 2018 TAG Hungerford Award winner, Holden Sheppard—a name you will soon know, if you don’t already—talking about his debut novel, Invisible Boys.

Holden describes himself as—well, let me quote him directly: ‘a misfit: a gym junkie who has played Pokemon competitively, a sensitive geek who loves aggressive punk rock, and a bogan who learned to speak French.’

He’s also one hell of a writer, with accolades including the 2019 Kathleen Mitchell Award, the 2017 Ray Koppe Residency Award, and a Highly Commended in the 2018 ASA Emerging Writers’ Mentorship Prize.

His outstanding novella ‘Poster Boy’ won the 2018 Griffith Review Novella Project, and he has also been published in page seventeen, Indigo and the Margaret River Press anthology Bright Lights, No City.

Holden serves as the Deputy Chair of WritingWA, and as an ambassador for Lifeline WA.

Here is the blurb for Invisible Boys:

In a small town, everyone thinks they know you: Charlie is a hardcore rocker, who’s not as tough as he looks. Hammer is a footy jock with big AFL dreams, and an even bigger ego. Zeke is a shy over-achiever, never macho enough for his family. But all three boys hide who they really are. When the truth is revealed, will it set them free or blow them apart?

And now, over to Holden…

2 things that inspired your book

Although Invisible Boys is fiction, the inspiration for it was my own life. I grew up gay in Geraldton—a regional town in Western Australia’s Midwest—and that experience was compounded by being Italian-Australian, Catholic and from a blue-collar background. My own upbringing and influences meant I really didn’t want to be homosexual, so I kept it to myself—I stayed invisible, forgive the shameless promo-pun—and I suffered tremendously for this. I felt a huge sense of shame and self-loathing; eventually, I wanted to take my own life.

In 2017, I was finally ready to write about my past. The isolating experience of growing up gay in the country was something I rarely talked about (at least, back then—nowadays I feel like I never shut up about it!). It was gnawing at me to be expressed in a creative way. So I sat down and wrote what would become the beginnings of this book: the emotional truth of my own life, filtered through the characters Zeke, Charlie and Hammer.

A big inspiration for this book was actually music. I got heavily into rock from the age of sixteen. Punk rock saved my life, really. Green Day’s album American Idiot shaped my attitude. Their track ‘Jesus of Suburbia’ is my theme song—it just gets me—and I think that song’s ethos runs through Invisible Boys like an electric current.

Alanis Morissette was also a creative inspiration for this novel: her albums Jagged Little Pill and Supposed Former Infatuation Junkie are mind-blowing. What inspires me is how her songs are so vulnerable and boldly tackle feelings we are encultured not to speak openly about. Her lyrics talk of incandescent rage, of wanting to kill herself, of youthful sexual dalliances with much older men, of giving guys blowjobs—all things I could directly relate to. In speaking about taboo topics openly, she freed herself from the shame attached to them. I wanted to do the same with this book: speak freely about what society tells me I should be ashamed of. I wanted Invisible Boys to be so unfettered and bold that people could read this and go, ‘I can’t believe he actually wrote about that!’ and maybe realise they don’t need to feel that shame, either. Shame as an emotion has an evolutionary role, but we often feel it when we shouldn’t. Shame can suck it.

More directly, music had a huge bearing on this novel in terms of the character Charlie. Charlie is a guitarist, and he sees music as his way of escaping Geraldton and finding stardom—something that’s thrown into jeopardy by his sexuality. Consequently, all of his chapters are the titles of rock songs. Charlie’s relationship with music is linked with the times he spent watching Rage on TV with his dad, so his chapter titles are mostly of that late 90s era and include songs from Aussie alternative bands like You Am I, Silverchair and Killing Heidi, plus groups like Rancid, Foo Fighters and Bush.

2 places connected with your book

The place most connected to this novel is my hometown of Geraldton, which is where Invisible Boys is set. I have truckloads of affection for Gero. I was born there and lived there until I was nineteen; it still feels like home when I go back, and I often get homesick. Sometimes living in Perth can feel airless to me, so I drive myself to the water. As soon as I see the ocean’s cobalt stillness, I exhale. One of my favourite scenic moments in the novel is when Charlie rides Hannah’s bike along Chapman Road at sunset and describes the sun setting over the Indian Ocean as looking like ‘someone’s shining a torch through a broken egg yolk’. This is something I grew up with daily and I loved bringing it to life through Charlie’s eyes.

Other aspects of my hometown are explored through various characters—Zeke’s family dealing with field mice in their house (we constantly had these at our house near the Chapman River); Hammer driving past the iconic canola fields near Greenough; even the Dongara drive-ins get a cameo. Most rural fiction focuses on nature, but I find urban landscapes more interesting, which is why most of my novel is set in pubs, schools, hotels, house parties, shopping centre car parks, gay cruising spots. My writing favours grunge over natural beauty.

The second place associated with this novel is my counsellor’s office. I share this because I first wrote about a gay character from Geraldton as part of my Honours thesis back in 2012. I wrote most of that thesis drunk because I couldn’t handle how it made me feel: I self-medicated with alcohol to survive that year. I was deep-diving into trauma without processing it. It almost killed me, and I’m not exaggerating. At the end of 2012, I was left with two things: a drinking problem, and the fear of ever writing about being gay again, because I thought it would destroy me.

When I got sober in 2015, I went to a specialist drug and alcohol counsellor. I’d rock up each week thinking I was fine, I didn’t need help, and every time, five minutes later, I’d be bawling my fucking eyes out on his couch. This dude is still my counsellor now and he’s amazing. It was after nearly two years of seeing him that I was ready to finally tackle the story of Invisible Boys sober. The counselling helped me to get in touch with myself in a way that simply ‘coming out’ as gay didn’t achieve. Without that therapy, this book never could have been written. 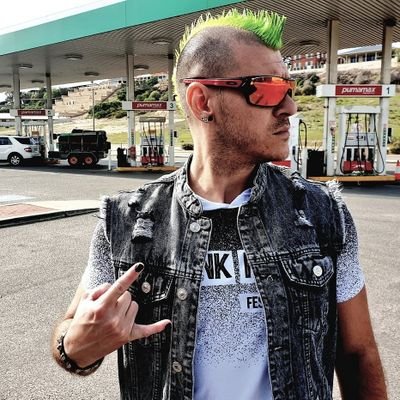 2 favourite scenes from the book

My favourite scene from the book is the roof scene in chapter sixteen, which is titled Luna Piena (Italian for ‘full moon’). It’s told from Zeke’s perspective, and features the boys on the roof of a school after a disastrous event for one of them. It was the main scene where the boys get drunk and talk openly—about sex, about being gay—and it felt like freedom. When I was writing the novel, I was so excited to finally get to writing this chapter, and when I wrote it, I wished it could last forever. Growing up, all my mates were straight—and I ostensibly was, too—so when we’d sleep over at someone’s house or break into their parents’ liquor cabinet and get drunk, the talk was, naturally, only about girls. I said the right things and made the right noises to fly under the radar. But I always wished I could have had those kind of male bonding experiences where you can share your feelings without fear of being rejected—and that’s what this scene does. This whole chapter is a moment of understanding for the boys: a sense of being seen. The other reason I love this scene is that is has an exuberant, rebellious streak: a sense of having fun and not giving a fuck. I know it generally sounds like this is a heavy book, but there is a lot of larrikin humour in there, too. The light and dark wrestle in a volatile equilibrium and I like that.

My second favourite scene is Robbie’s wedding near the end of the book. As that chapter unfolds, you get this sense that shit’s about to go down, and it does. I don’t want to spoil it too much, but it was wildly cathartic to write. It’s literally the ballroom scene of the novel, and it has consequences for all the main characters. I remember getting really amped up for writing that chapter: my music shifted from alternative rock to literally just Kylie Minogue on loop until this chapter was done. That music selection probably makes more sense in the context of what happens in that chapter, which I don’t want to spoil. But it was exhilarating to have this bold, unapologetic electro-pop blasting from my speakers as I drew towards the climax of the novel.

15 responses to “2, 2 and 2: Holden Sheppard talks about Invisible Boys”