Montparnasse Bienvenüe is one of the busiest métro stations in Paris, and, being a transfer station for several lines, one of the largest. I discovered it’s also an easy place in which to get lost. I seemed to be walking for miles through tunnels and along travelators before finding my way out!

Among the many things to see in Montparnasse are the cafés along boulevard Montparnasse and its arteries. For Kathleen O’Connor and thousands of other artists, these were part of a way of life in the years before the First World War and through the 1920s. They would meet there at the end of the day for replenishment of one form or another—hearty food or a bowl of coffee, information or gossip, serious or not so serious discussion about art and life.

the café life, which to me is almost the most fascinating of all there is to see. Cafés dancing with lights, glasses glittering with reflections, and with it all the music of many voices, the babble of many tongues.

As I stood on the corner of boulevards Montparnasse and Raspail, with the distinctive red facade of La Rotonde in front of me, Le Dôme on the other side and La Coupole a few paces from that, it occurred to me that these iconic landmarks are as instantly recognisable as the Eiffel Tower.

Just as they had been the centre of life for foreign artists in Kate’s Paris, today they are a beacon for tourists. I watched them coming and going, listened to ‘the babble of many tongues’.

But there was not a paint-stained smock among them. 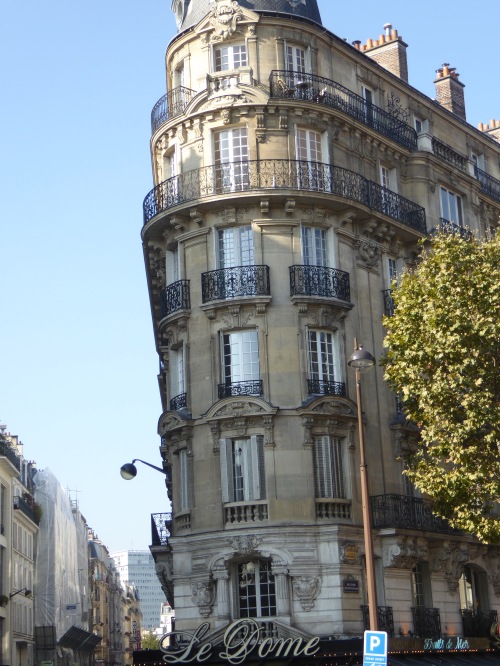 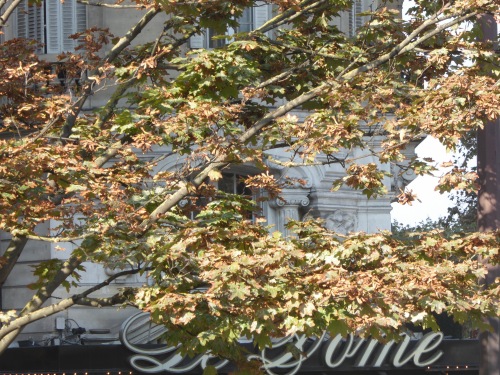 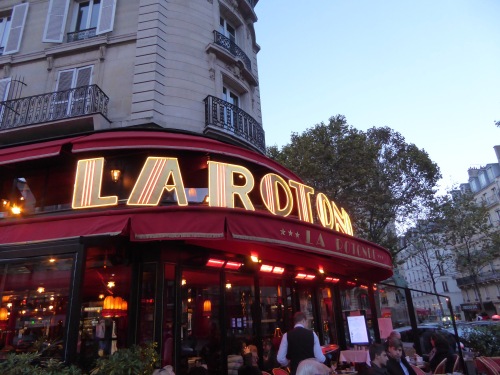 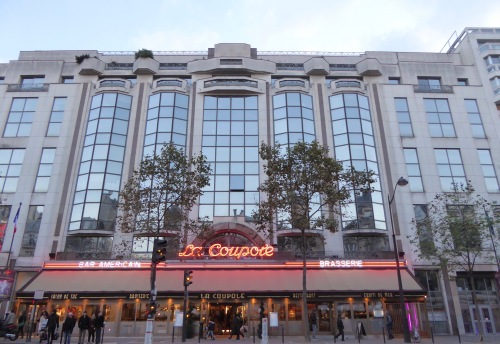