2, 2 and 2: Robert Lukins talks about The Everlasting Sunday 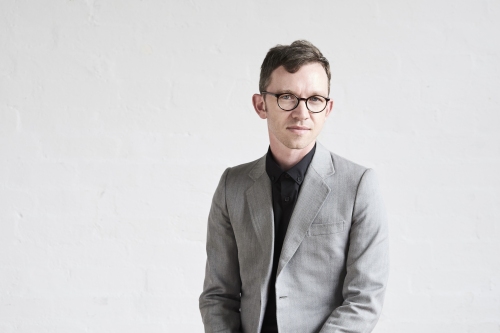 A few months ago I read Robert Lukins’ debut novel The Everlasting Sunday and was absolutely blown away. As I wrote in my newsletter:

I can’t praise this novel too much. Lukins is a writer of rare originality in both the way in which his characters view their world and the language he finds to render their impressions. It is infinitely tender and, at the same time, quietly brutal, and I was moved and devastated and elated after finishing it.

I’ve been recommending the novel to readers and book clubs ever since, so I was delighted when Robert agreed to tackle my 2, 2 and 2 questions.

Robert is a Melbourne writer whose work has appeared in publications such as The Big Issue, Rolling Stone, Crikey, Broadsheet and Overland. His author blurb tells us that he has worked as an art researcher and journalist, but he is apparently pretty versatile in his working life, as you’ll read below!

Here is the blurb for The Everlasting Sunday:

During the freezing English winter of 1962, seventeen-year-old Radford is sent to Goodwin Manor, a home for boys who have been ‘found by trouble’. Drawn immediately to the charismatic West, Radford soon discovers that each one of them has something to hide.

Life at the Manor offers only a volatile refuge, and unexpected arrivals threaten the world the boys have built. Will their friendship be enough when trouble finds them again?

At once both beautiful and brutal, The Everlasting Sunday is a haunting debut novel about growing up, growing wild and what it takes to survive.

‘Robert Lukins’ powerful, assured writing cuts like a knife into a world cracking with secrets and tension.’—Lucy Treloar

‘Lukins’ great achievement is to have created an atmosphere that is at once very much of this world, and musical and timeless. Everlasting indeed.’—Michelle de Kretser

‘Extraordinary…The Everlasting Sunday is a beautifully written, subtle novel, dealing with loss, forgiveness, love, redemption and the complexity of our natures.’—John Purcell, Booktopia

And now, over to Robert…

1 A crumbling manor house in rural Shropshire
Beginning just before Christmas in 2002, I spent a year working as a postman in a tiny village in Shropshire, England. I would take my Royal Mail pushbike out into the pre-dawn darkness and make my deliveries through the cobbled streets. My final destination each morning was three or four miles out of town, up through the empty grazing fields. Against the fog and empty white of the hills, a great manor house would emerge. A remarkable sight, though as you approached it was clear that the building was in decay. Abandoned but still collecting junk mail, of course. After pushing the letters through the front door’s slot, I would stand at the gates of the manor and watch the sun rise into the landscape. It was always such a beautiful and lonely moment, and so concentrated. I have carried this memory with me through all the years since, and when I came to write The Everlasting Sunday my subconscious took me back to that place. My story takes place within those crumbling walls.

2 Old family photographs
I stumbled across photographs of my father and his family living through The Big Freeze: the catastrophic British winter of 1962–63. As I grew up on the Sunshine Coast in Queensland, hearing the stories my parents told of this winter had a lasting impact on me. They described the chaos of countries grinding to a halt. People being stranded in their homes; some not making it through. When I discovered these pictures of my father and grandfather it reawakened my memories of these family stories and I was drawn to this incredible time. This is the winter that forms such an important part of my novel and is the boundary, and sometimes antagonist, of its story. 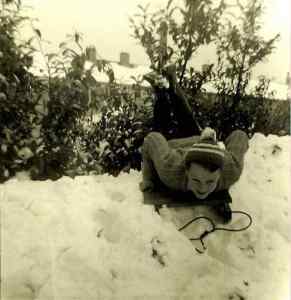 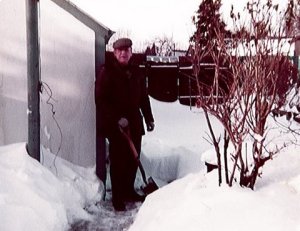 1 Childhood
I’m interested in how the adult self is connected to the child it once was. Whether we are, as a character suggests in my novel, ‘forever children’. With this in mind, I have tried to play with time in this novel. To have time stop in some ways and compress within this house and this winter. The pasts of these characters and the landscape that surrounds them merge with the present and future and I’ve attempted to create a sense of blurring around how the single season of this story sits within the wider world. I’m interested in how moments of the past can haunt us or provide peace.

2 A particular table in a particular pub in a small Shropshire village
In the Shropshire village that was my home for twelve months in the early two-thousands, there was a certain pub at the top of the high street in which I would sit at the same back-corner table for quite a decent percentage of my waking, post-work hours. The building dated from the very first years of the 17th century and inside it felt heavy with history. The oak table that I would sit at looked ancient in its own right. I would perch myself there, listening to the merry hubbub of the room, and slowly attend to my ale and chips. I would imagine the centuries of conversation and stories that the beams and walls and table had listened in on. I thought of all the beer and grime and workers’ sweat that the oak must have absorbed. It was an intoxicating atmosphere (in every sense) and I have never forgotten that intense connection that can exist between a person and the building that protects them. This pub found its way into The Everlasting Sunday, as too did a bound relationship between the manor house and the inhabitants it defends.

2 pieces of art connected with the book

1 J.M.W. Turner’s Snow Storm—Steam-Boat off a Harbour’s Mouth (1842)
A small copy of this painting was sticky-taped to the space above my desk for the entirety of the writing of my novel. It became a shortcut into the atmosphere of the world of the story. Swirling, claustrophobic, and raging around a more solid centre. This is how I would visualise the physical and psychological space the characters were trapped within. It’s a painting I have always loved and I enjoyed that I was able to connect with it so intimately in writing this book. I truly would stand with my face pressed in close to the picture, trying to get lost in it. The silly things we do.

2 ‘Fern Tree’ by Andrea Keller
Again, a shortcut into the tone of the novel. Andrea Keller is one of my favourite musicians. She usually operates from a more obviously jazz place, but this track is a highlight of her sparse, at times melancholic, solo album Family Portraits. The song is built on layers of looped, crystalline piano lines that come in and out of the picture, overlapping to form a beautiful and chaotic noise before retreating into calm. I would often play this song before writing to switch into the mood I needed. It an amazing piece of music that captures so closely the atmosphere I was trying to attain in my writing: of a storm circling a fragile centre of calm.

Tagged as 2 2 and 2, Robert Lukins, The Everlasting Sunday, University of Queensland Press

12 responses to “2, 2 and 2: Robert Lukins talks about The Everlasting Sunday”