Resources for students studying The Sinkings

This post is for students studying The Sinkings as part of the ECU unit ENG3170: Diverse Voices in Literature.

Intersex Society of North America (in 2008 changed direction to become Accord Alliance, but the ISNA website remains as an archive)

The reading list below is by no means exhaustive; obviously, there are many more publications now than were available during my research in 2003–05, and you can access current sources via the sites above. However, the following are the principal sources that informed the development of The Sinkings and may provide useful perspectives on intersex, cultural labelling and gender fluidity.

Colapinto, J., As Nature Made Him: The Boy Who Was Raised as a Girl (Perennial, 2001). The Colapinto article (first published in Rolling Stone in 1997) that preceded this book is available here.

Domurat Dreger, A., Hermaphrodites and the Medical Invention of Sex (Harvard University Press, 2000).

—— Intersex in the Age of Ethics (University Publishing Group, 1999).

Fausto-Sterling, A., Sexing the Body: Gender Politics and the Construction of Sexuality (Basic Books, 2000). 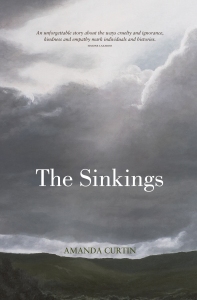 Tagged as intersex, The Sinkings

2 responses to “Resources for students studying The Sinkings”