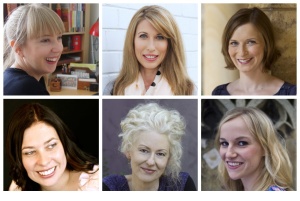 I’m delighted to be taking part in this new blog series, Writers Ask Writers, a collaboration with five other novelists based in Western Australia:

Each month we’ll be posing to the group one of the questions most asked by readers. This month’s question is: What is your writing process? Here’s my response.

I’ve written two novels. I’ve published these and a collection of short fiction. I’m well into a fourth project consisting of two novellas. I should have a writing process, right? Hmm.

I suppose I do. There are, after all, stages that all writers go through—conception, dreaming, research, drafting, tinkering, review, editing—and the many repetitions of these last stages, however many are needed (so many are needed). But the way this happens feels too nebulous to be called a process. Process seems to imply a series of steps—linear, organised, focused. What I do is more spidery than that. And it’s been different for each work, although there are threads common to all.

For Elemental, I began with a few words on scraps of paper* and a rough idea of where to begin researching. Research is an especially spidery activity: throwing spinnerets far into the breeze, following them as far as they’ll go, or as far as you want to take them, seeing what sticks, and where, finding bridges between strands, filling in, unpicking, abandoning, rebuilding. 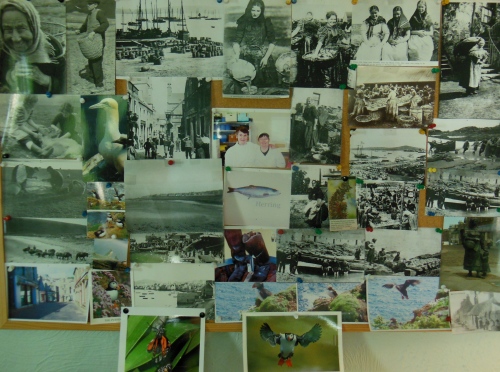 Research took me to the north-east coast of Scotland, the Shetland Islands and Great Yarmouth; to archives, libraries and museums, cemeteries, a fish factory, a cliff alive with puffins, a preserved but-and-ben (a type of cottage) with peat smouldering in the fireplace. I clambered over rocks to plunge my hands into the North Sea, to feel for myself how cold it was. I was blown along the seafront of Great Yarmouth and now understand why nobody goes there in winter.

I spoke with (among many other people) a former Shetlands herring girl; a woman who breeds butterflies; and the wonderful people at Royal Perth Hospital’s Burns Unit headed by Professor Fiona Wood, world pioneers in burns treatment. It always humbles me that sane, busy people are so generous and patient and willing to answer a writer’s questions.

The research gave me the precious gift of a few key images** that I sensed were important; that they would serve as structural markers along the way. It also made me realise what should have been obvious all along: that this novel was going to be dealing thematically with some ideas I’d been thinking about for a very long time: heroism, sacrifice, metamorphosis. 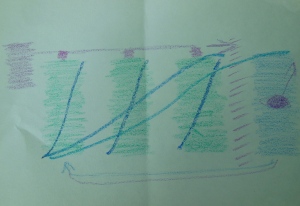 By this time I knew it would be a novel in four parts: Water, Air, Earth and Fire. I had a pattern in my mind, too, but I didn’t commit it to paper for a while. When I did, it was this messy thing—but it was the closest thing I ever came to having a written plan.

The writing itself? Well, it was/is one of the most solitary, insular activities imaginable, involving long periods of apparent inactivity unless you count staring as an activity, more talking aloud to yourself—and answering—than can surely be good for anyone, countless cups of tea, and millions of keystrokes. If you were to analyse the latter, I’m positive you’d find the delete key to be the most used of all.

I try—especially when I’m writing the first draft—to carve out blocks of time for writing so I can achieve and sustain momentum. But often I have to fit it into and around everything else. It’s a long process—there, that word has its uses after all.

I began researching Elemental in 2007, writing in 2009, and completed a first draft in 2011, although I had edited and redrafted each part several times by then. It was finally ready for submission to my publisher in 2012.

The (untitled) project I’m working on now is following a similar pattern of discovery and evolution (how’s that for a lofty definition of my messy process!). I have a scrappy looking crayon sketch that’s a lot less complicated than the one above. I have some key images. I have a head full of ideas and voices and about a hundred pages of typescript. I’m on my way.

* The words were fishermen, butterflies and consequences.

** One of them became part of the final scene.

And now over to my writer friends.

Annabel Smith: ‘I am not a plotter. I carry lots of ideas around in my head and occasionally two of these ideas collide and sparks fly; that’s when I know I’ve got the seed for a book.’—Read more here

Natasha Lester: ‘I usually find starting a book to be the hardest thing; catching the voice of the main character can be a little like scooping sand with a net. But not this time.’—Read more here

Sara Foster: ‘I usually hold a story in my head for quite a long time without making any formal attempt to write it down. During this time I’m getting to know the different characters, looking at the plot, and basically seeing if this concept is strong enough to gain a hold on me.’—Read more here

Emma Chapman: ‘The hardest thing about writing is keeping going when it seems you are at it alone, or that nothing will ever come of it.’—Read more here

Dawn Barker: ‘I tend to write initially in a linear, temporal fashion—this way I know each character’s emotional journey, but that’s not necessarily the best way to tell the story.’—Read more here